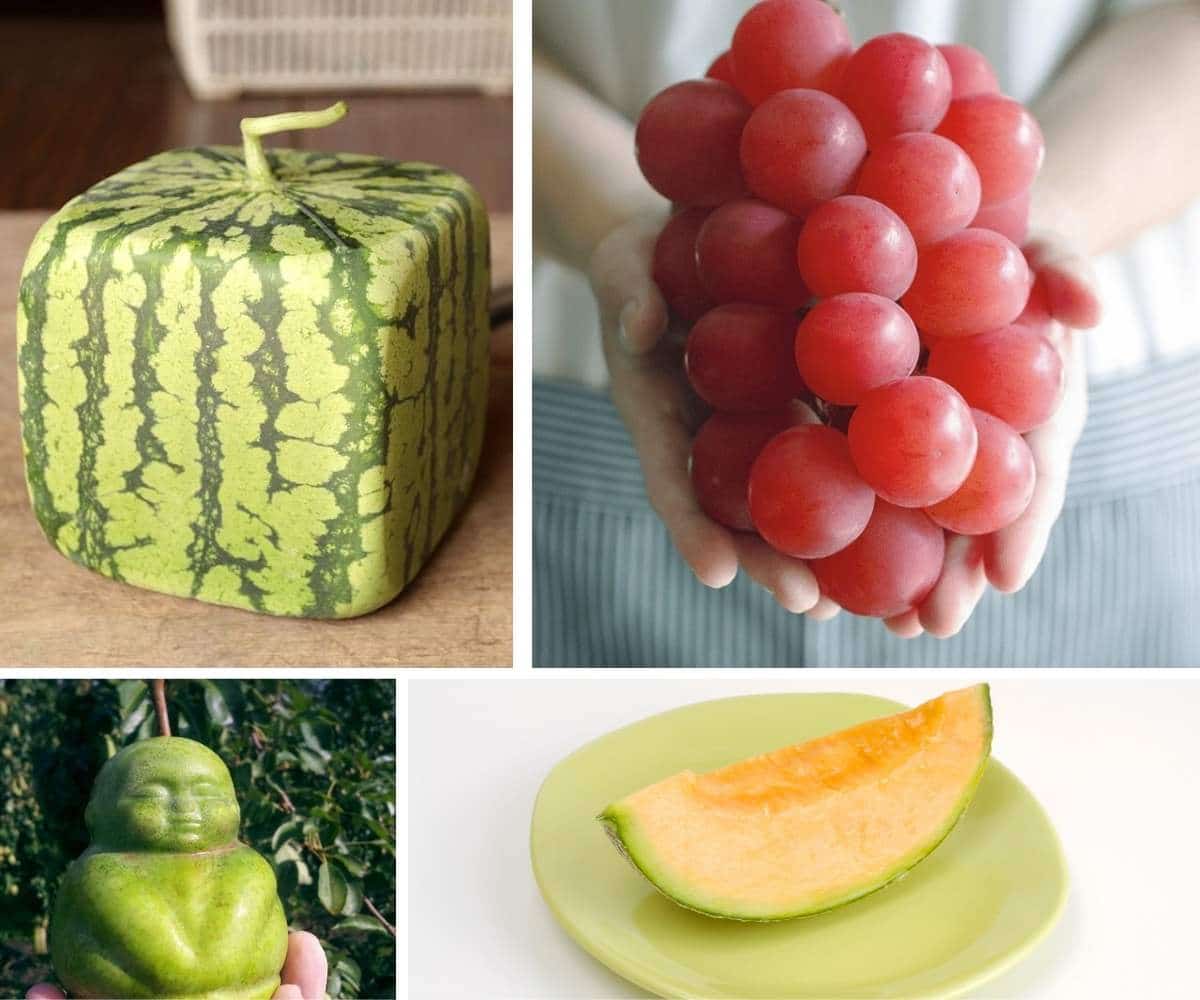 A melon is the most expensive fruit in the world. The Yubari melon is grown on the island of Hokkaido in Japan. The melons are kept in greenhouses, which keep them from getting too much sun. They’re also said to have a spicy and sweet taste. They’re usually given as gifts to the rich and famous in Japan, and they can sell for over 18000 USD for a pair.

There is a reason why Yubari King melons are so expensive. They take 100 days to reach marketable maturity and are harvested by hand. The fruit is wrapped in white paper and sometimes polished by hand before being sold. There is even a cult following that makes Yubari melons a collector’s item. You can buy these rare, expensive fruits online. If you’re a fruit lover, you might be interested in learning more about this delicious fruit.

The Yubari King melon is the most expensive fruit in the world. The fruit is grown in a small town in Japan and sells for around $200 per melon in specialist stores. The melon is prized not only for its exquisite taste but also as a status symbol. In 2010, a beverage company bought a single melon for $45,000. The melon is a hybrid of two cantaloupe cultivars, Earl’s Favorite and Burpee Spicy. It is grown in greenhouses, and is cultivated in volcanic ash soil. This allows for easy temperature control and fast drainage and promotes the growth of the melon.

The Yubari King melons are grown in Japan. The melons are raised in a regulated environment and require 100 days to grow. In a greenhouse, they are fed specific amounts of water and are hand-plucked. Once the fruits have ripened, they are wrapped in white paper and hand polished by farmers wearing white gloves. They are also grown in rows that are equally divided to ensure even growth.

It is believed that the Yubari King melon is the world’s most expensive fruit. In Japan, it is a custom to give fruit as gifts. As a result, growing and selling these fruits has become a cottage industry. Luxury fruit parlors in Japan display these fruits like jewelry. In addition to being the world’s most expensive fruit, Yubari Kings can cost you thousands of dollars.

A bunch of Ruby Roman grapes has to weigh a certain amount, and the highest bidder paid Y=100,000 (about $910 USD) for the coveted fruit. Unlike regular grapes, Ruby Romans must weigh over 20 grams per grape and have a minimum sugar content of 18%. It must also be of a certain shape, size, and color. These grapes are known to be incredibly rare, and they are often sold at auction for over $12,000 a bunch.

To grow these luxurious grapes, you’ll need to have the space for a support structure. It also needs regular watering and fertilizing. They can handle hot temperatures, but they’re not tolerant of cold temperatures. It’s best to plant them in a warm climate with 70 to 86 degrees Fahrenheit. They cannot handle very cold temperatures or long winters. They are not suitable for the tropics.

The wildly expensive grapes are grown exclusively in Japan. They are sold in specialty fruit markets in Tokyo and Ishikawa. Their price varies greatly based on their size, form, and sweetness. They can easily cost $100 or more per bunch. However, if you can’t afford to buy a bunch of Ruby Roman grapes, you can also buy the seeds online. You can find information about the growing conditions and prices on the Passion for Plantation website.

If you’re looking for a delicious, nutritious, and unique fruit, Ruby Roman grapes are the way to go. These delicious fruits are grown exclusively in Ishikawa Prefecture, Japan. In India, they cost Rs 7,50,000 per bunch, or about $35,000 per grape. These grapes are among the world’s most expensive fruits. They can be very expensive as well, but they’re worth the price.

The Sekai Ichi apple is among the most expensive fruits in the world. Its price is based on its rarity and size, which range from 15 inches to two pounds. The apple is hand pollinated and washed in honey, and it weighs about a kilo. The trees produce only a limited number of apples, making it difficult to mass produce.

The taste of the Sekai Ichi apple is very mild and is pleasant on the palate. Its skin may exhibit a faint bitterness, but the flesh is low in acidity, creating a soft and mild eating experience. The Sekai Ichi apple is grown in glasshouses and must be uniform in size and color. While it’s considered one of the world’s most expensive fruits, it is not widely available.

The Sekai Ichi apple is one of the world’s most expensive fruits. It can cost upwards of $10 per pound in Japan. However, it isn’t so special in other parts of the world. Although apple experts and aficionados don’t think it is anything special, Al Rose, the owner of Red Apple Farm in Phillipston, Mass., grows dozens of apple varieties, including the Sekai Ichi.

Japanese mangoes are one of the most costly fruits in the world. Tayo no Tamago mangoes are grown in the Miyazaki prefecture in Kyushu. They are graded according to their sugar content and appearance. You can find the most expensive mangoes at a special store in Taito City, about three to four minutes from JR Ebisu station.

The coveted Taiyo no Tamago Mango is sold for around $50 per piece. These mangoes are sold under the brand name “Egg of the Sun” and must meet strict requirements regarding weight, sugar content, and size. The price tag for a Taiyo no Tamago mango is so high that the farmers are reportedly forced to grow them in plastic bags so that they don’t have human contact with them.

These rare fruit are produced in the Miyazaki prefecture and are available in fancy department stores throughout Japan. Some of the Miyazaki mangoes sell for over $3000 per pair. A single fruit costs only $50 to purchase, but two pairs of mangoes can cost $4,000.

While the Tayo no Tamago mangoes may be the most expensive fruit, they are far from the most delicious. Some of the more exotic fruits are also quite pricey. Some mangoes cost $3,000 per kilogram, while pineapples can sell for up to $16,000, but only a few are ever sold. Some of these fruits can even go as high as $15,000 if they are grown properly.

One day a year, Dole Japan releases limited edition bananas for a one-day only sale in Tokyo. These bananas are called Gokusen and are made by selecting the best qualities of over 100 different banana varieties. The bananas have a weight of 200 grams and sell for $6 each. Dole Japan will sell the bananas in special boxes, each with a unique serial number.

In 2009, Dole Japan released 59 limited-edition premium bananas in Tokyo. One of these bananas was the prized Gokusen variety and was wrapped in a special gift box. The packaging for the bananas was as beautiful as the fruit itself. The bananas are also considered one of the world’s most expensive fruits. Its production cost was around $4 million per pound.

The Gokusen banana is one of the most expensive fruits in the world. While six dollars is still a lot, it’s still a mere penny compared to the costs of some of the other premium fruits. Japanese people are known for their gift giving culture, and the price of some of their fruits reflects this custom. Gokusen bananas and $212 square watermelons are just the tip of the iceberg when it comes to expensive fruits.

The Yubari King Melon, also known as the “Gokusen banana”, is an extremely rare fruit in Japan. The fruit is so rare that only 59 of them were ever sold. They are considered one of the world’s most expensive fruits and are sold in very small quantities. The fruit costs about Y=590 (US$5.70) per fruit. The bananas have a higher price than their regular counterparts, and must be more than 23 centimeters long. They are also sweeter and fragrant.